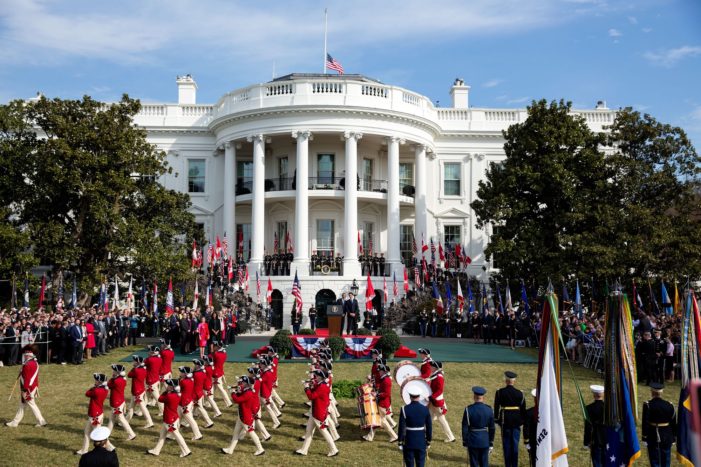 This weekend marks the birthdays of two great countries. Of course, I celebrate Independence Day on July 4th in my adopted home, the United States, but I also always celebrate Canada Day on July 1st, because of my Canadian roots.

Given that both of these birthdays are commemorated within three days of each other, it provides an annual opportunity to reflect upon the similarities and differences between the two countries. This year, I realized that the two very different histories of Canada and the U.S. are in many ways similar to the two distinct ways that tech companies can grow and prosper.

Looking first at the United States, it achieved independence relatively quickly through a risky and unpredictable revolution, in which a tiny colonial outpost took on the mighty and global British Empire. If any revolution seemed like a battle between David and Goliath, this was it.

And yet, upon defeating the British, the Americans outdid themselves and invented a new and revolutionary form of government, unlike any that had been seen for nearly 2,000 years. The small chance of success that others gave the Americans was very much top of mind. If they were going to fail, they likely were going to fail fast. But with good planning, strong determination, and a bit of serendipity, the United States succeeded brilliantly.

The Canadian experience was much more protracted. With an unlikely mix of French colonists and English loyalists, along with unenthusiastic British protection and general indifference from the Americans, over the course of the next century, Canada eventually reached critical mass, finally achieving confederation in 1867. Slow and steady won the day. And I’m pleased to report that U.S. News & World Report currently ranks Canada as the #2 country in the world in its Overall Best Countries ranking.

In much the same way, some tech start-ups burst upon the scene like the first fireworks of Independence Day. Seemingly overnight successes (no matter how long they’ve been working in the background) these companies face a new set of daunting challenges – even as they deposit the first check from the venture capital firm. These tech companies can grow very quickly, fueled by a healthy mix of wild optimism and lavish venture funding. One thinks immediately of Google and Facebook, both of which obviously have done very well with this model – even as each one stands in for hundreds, if not thousands of companies that have received funding, and are never heard from again.

On the other hand, some firms maintain a low profile, keeping their heads down and demonstrating a quiet work ethic and a belief in their business model and the long game. These firms prove that companies can grow slowly and steadily by building a strong foundation, and then carefully managing the business and searching out strategic market opportunities – much like Zoho and GoPro have done. Incidentally, this method also generally requires less dilution to company founders, so patience can be a virtue…if you can keep your head above water that long.

Depending on market dynamics and one’s appetite for risk, either method can be equally viable. In both cases, however, building a sustainable, competitive advantage is the key to achieving long-term success.