SaaS Firms and Sales Tax: The Supreme Court Has Mandated the Collection of State Sales Tax for Many Online Companies 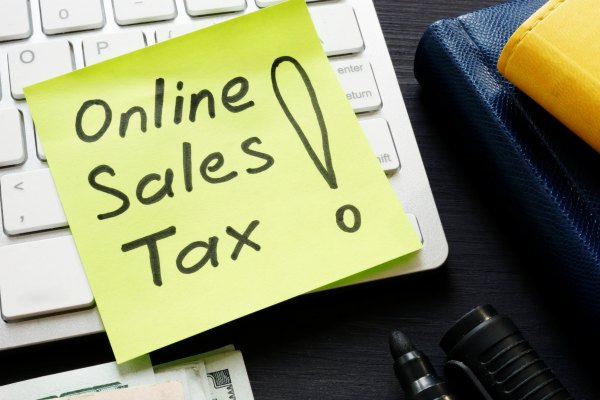 The year 2018 saw quite a few compelling news and business stories, but one court case in particular could be the most significant in many years for companies that do business online.

In June of 2018 the U.S. Supreme Court ruled in South Dakota v. Wayfair, Inc. that states can now require companies to collect and remit sales tax from customers, even if those companies may not have any physical presence in that particular state.

This is a monumental change from the previous Supreme Court standard (Quill Corporation v. North Dakota), which had defined the rules of interstate taxation since 1992. This was several years before the web became a common form of commercial transactions (Amazon was founded in 1994), but the Quill decision continued to be the standard rule until now.

Quill required that a company would have a physical presence (or a “physical nexus” in legal terminology) in a particular state before that company would be required to collect sales tax on products sold to customers in that state. This physical nexus typically was defined as a store, office or warehouse, and if that was lacking in State X, customers in that state would not have to be charged sales tax.

However, the new standard, defined by Wayfair, is called “economic nexus,” and it makes clear that physical nexus is no longer a requirement for taxation.

Some states appear eager to enact new economic nexus statutes, as they will provide a new source of state revenue, while at the same time helping to level the playing field between online vendors and brick and mortar businesses. On the other hand, a second group of states has already made clear that they will not be following down this path.

This complexity and uncertainty has already created new challenges for SaaS firms, as some states are – or will be – taxing online software services.

SaaS is already taxable in many states, including New York, Texas, Massachusetts and Ohio, so it’s now clear that SaaS firms will have to carefully consider whether they need to collect sales tax on a state-by-state basis.

In light of all this, the positive news for many SaaS firms is that there’s hope for small businesses that would be hard pressed to deal with what are literally thousands of state and county taxing jurisdictions across the U.S. Prompted by the Wayfair decision, the Digital Goods and Services Tax Fairness Act of 2018, which was originally introduced in 2015 and reintroduced this past fall, may get more attention from Congress in the months ahead than it originally did.

According to the bill’s sponsors, this act would clarify which jurisdictions have taxing authority for digital goods “by establishing a national framework for when and how state and local governments can tax digital goods and services.” This would at least provide some certainty to online businesses when it comes to digital commerce.

And offering hope for the smallest firms, it appears that many states may adopt a minimum level of sales before the sales tax collection duty is required. Those states that follow South Dakota’s model would allow $100,000 in annual sales or 200 transactions in a particular state to be the minimum requirement to trigger the taxation, and some states are likely to introduce even higher minimums.

So, where does that leave you, the founder or executive of a tech firm who’s trying to figure out how to move forward with this information?

If in doubt, read this: The four steps SaaS firms should take

Here are the four main steps to managing sales tax compliance, courtesy of an interview published on AccountingWEB.com with Scott Peterson, VP of U.S. Tax Policy and Government Relations for Avalara:

Peterson recommends starting the process by setting up a review with an accountant who can help the business figure out the number of states in which it’s likely to meet the revenue threshold.

The complete interview provides a good synopsis of the coming changes and how businesses can best tackle the challenges ahead. You can read it here at AccountingWEB.com.

At Laurentian, we agree with Peterson’s take on the Wayfair decision, and we would encourage you to take action as soon as possible. If you have any questions about whether – and how – your sales tax collection may need to change, don’t hesitate to reach out to us today.